Sicily Part 1 – Getting There – How to Minimize Plane Fatigue

Traveling abroad is filled with so much happy anticipation except for the flight to get there. This is usually the source of dread. 10-15 hours in the air is a long time and you never know who will sit near you. Will there be screaming children? (Hint: put on those earphones and watch every movie you have not seen! Or listen to music. The earphones block out all the noise.) Will there be a conversational neighbor? I have actually come to look forward to seeing who the Lord will plant near me. It is always interesting. First of all, try to be as relaxed and rested as possible before the flight. Pack a few days ahead of time. Get a good night’s sleep. Try to get a shuttle to the airport. I love GroundShuttle.com out of Bryan-College Station. It costs less than parking the car for long periods of time, has free Wi-Fi on board, and is very comfortable. 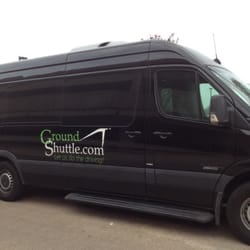 Second, as soon as you get on board the flight, change your watch to the time at your destination. Then proceed to live as though you were already there. If it is nighttime there, sleep. If it is daytime, do not sleep. For me this helps with jet lag.

Third, introduce yourself to your neighbors. You never know when you may need them and you might be surprised and entertained by their stories if they are conversational. It makes the trip go much faster.

On the way to Sicily I sat next to a gentleman who is a writer from Amsterdam. He shared that his family were political refugees from Chile there but later his father got a job in Houston, Texas so they came to America. He had just attended his parent’s 50th anniversary and was headed home to Amsterdam when we met. It turns out that he wrote a book about his grandmother and her journey from Italy to South America. The book is titled The Hand of Yemanja. When I got home I looked up the book on the internet and it looks fascinating. www.claudiotapia.com It looks like he is now working on La Lutte, a documentary which just recently debuted at the Trenton Film Festival.

On the way back to Houston we met a gentleman from Scotland. He was on his way to visit a son who is going to attend Texas A&M University in the fall. Two days later Paul and I drove into Messina Hof Bryan and there he was with his family. It was a lovely reunion with new friends.

If we had never introduced ourselves, we would not have known them even after sharing a space for so long. What a small and wonderful world.