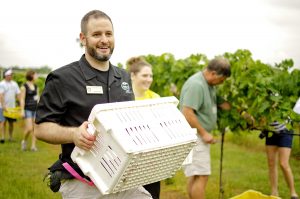 The votes are in! We are excited to congratulate Paul Mitchell Bonarrigo on becoming President Elect of the Texas Wine and Grape Growers Association! Messina Hof has been heavily involved in TWGGA since its beginnings with the first marketing conference being held at Messina Hof in 1992. Paul Mitchell is following in his father’s footsteps of becoming TWGGA president with Paul Vincent holding  office in 1992, 1993 and 2002. Since Messina Hof’s beginnings over forty years ago, the Bonarrigo family has remained at the forefront of the industry, helping grow and produce premium Texas wine. Messina Hof looks forward to another 40 awesome years!