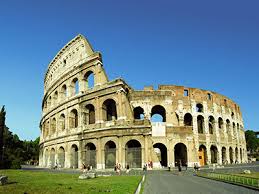 The Greeks and the Romans have been accredited for being the first to plant and cultivate vineyards. Later on, around the 5th Century, the church became the primary keeper of the vine and the main wine producers, which was used primarily for the Holy Sacrament. As time went by and foreign trade began develop so were the vineyards in France.

Nevertheless, in the 1800s, phylloxera – a small insect that destroys the root of the vines – destroyed the country’s dominating wine production. Then in the 1900s, after France had suffered economically under two world wars, partly contributing to the decrease in quality of French wines, the A.O.C., which stands for Appellation d’Origine Controlee (“regulated origin name”) was developed to summarize a set of rules for today’s modern wine policies and laws that serve both to identify grape growing regions as well as protect the quality of wines. The A.O.C. redeemed the reputation of the country’s wine and set a structure for protocol for quality and consistency within the French wine market.

Messina Hof Unoaked Chardonnay – Harvested from our northern most vineyards.