It’s the time for new wines! Messina Hof hosts three yearly wine release dinners. We kicked off 2016 with Spring Release, introduced our Sparkling Spumante at Grand Finale Gala and this Saturday is our biggest release yet… Wine Premiere!

We are excited to release seven new wines, all of which are 2015 vintages. The wines include Sparkling Brut, Private Reserve Malbec, Father and Son Riesling, Paulo Cabernet Franc, Private Reserve Tempranillo, Paulo Blend and Glory Mistella. 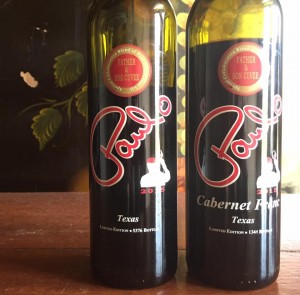 Two of these wines are Paulo, the most premium of Messina Hof wines. The Bonarrigo family has been making fine wines since 1800. It’s an old-world tradition in which the first born son of each generation is named Paul (Paulo). Thus, the Paulo brand is a salute to all the Paulos who’ve come before and from whom we’ve learned so much.

Wine Premiere is sold out but not to worry – the wines will be available for purchase after Saturday!