Not only are the Chilean and Texas flags similar, but the sense of independence and innovation can found also. 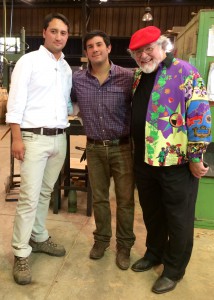 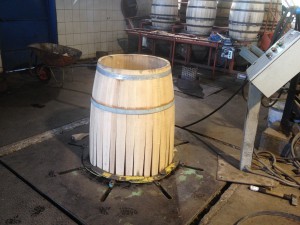 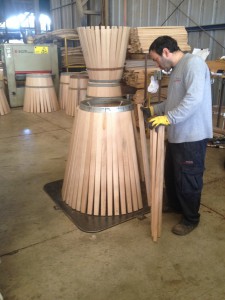 Fitted to the barrel hoop 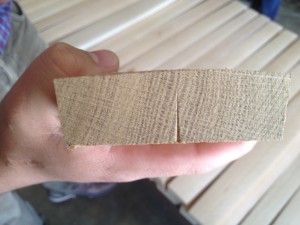 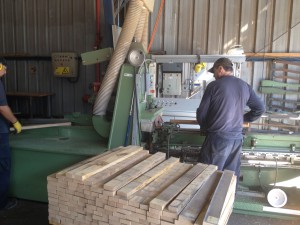 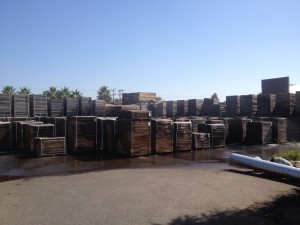 It all starts with the Wood

It all starts with the wood, air dried for 24 –36 months.Then the wood staves are shaved and shaped for barrel insertion.  The barrel “tailor” fits the staves around a guide hoop to make sure the staves create a tight fit.  Then the barrel goes into a steam room like a sauna so that the wood can get wet enough to be bent. 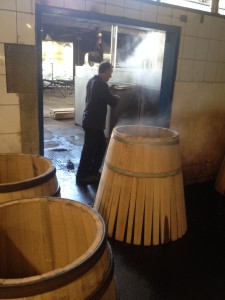 From the steam room the barrel is bent using a compression sleeve. 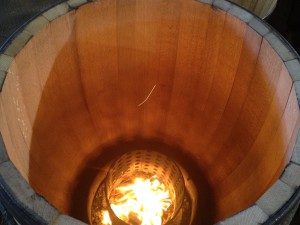 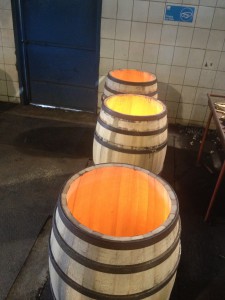 Traditional Toasting over a Flame 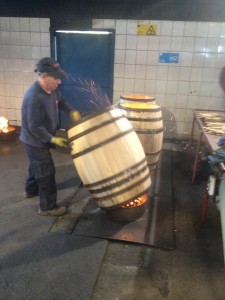 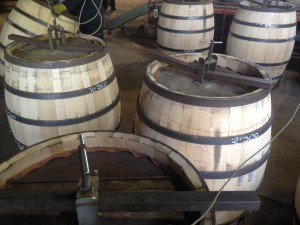 Once the bottom hoop is applied, the barrel is toasted by one of two methods.  The first method, a patented innovation of Toneleria, is a convection method.  Like a convection oven, hot air up to 240 degrees is infused and circulated in a sealed barrel for up to two hours.  These barrels are called Odyse’ or Ambrosia.  The second method is the traditional fire toasting method.  In this method the barrel is placed over an oak flame and smoked.  These barrels are called Mistral. 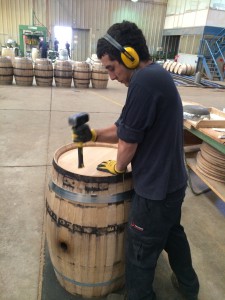 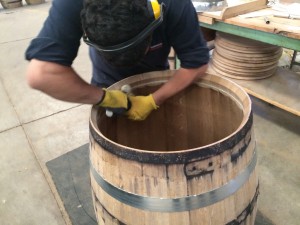 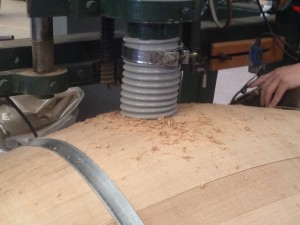 Bung Hole Drilled Into the Side of the Barrel 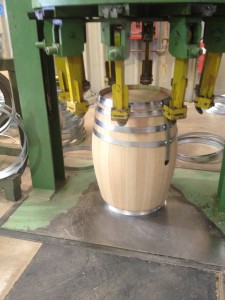 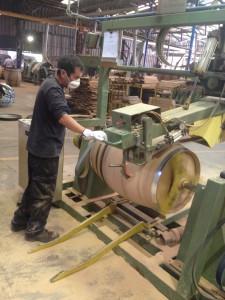 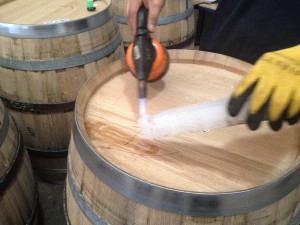 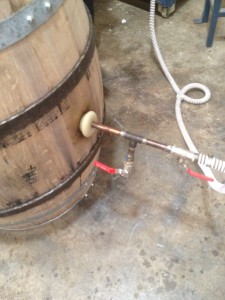 The barrel is checked for leaks by using water and compressed air.  If leaks are revealed, the leaking area is treated with heated wax.  Each barrel is sanded on the exterior like a piece of fine furniture.  Then the finishing hoops are appliedand logo is laser etched into the head of the barrel. 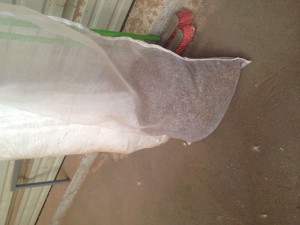 In addition, Toneleria makes oak alternatives.  There is very little waste.  One of the products is oak powder which is used in fermentation.  Oak chips and blocks are used to effect the oak effect in aging.

Our hosts surprised us by devising the Messina Hof logo in their machines to show us their laser etching process. 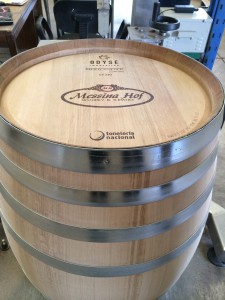