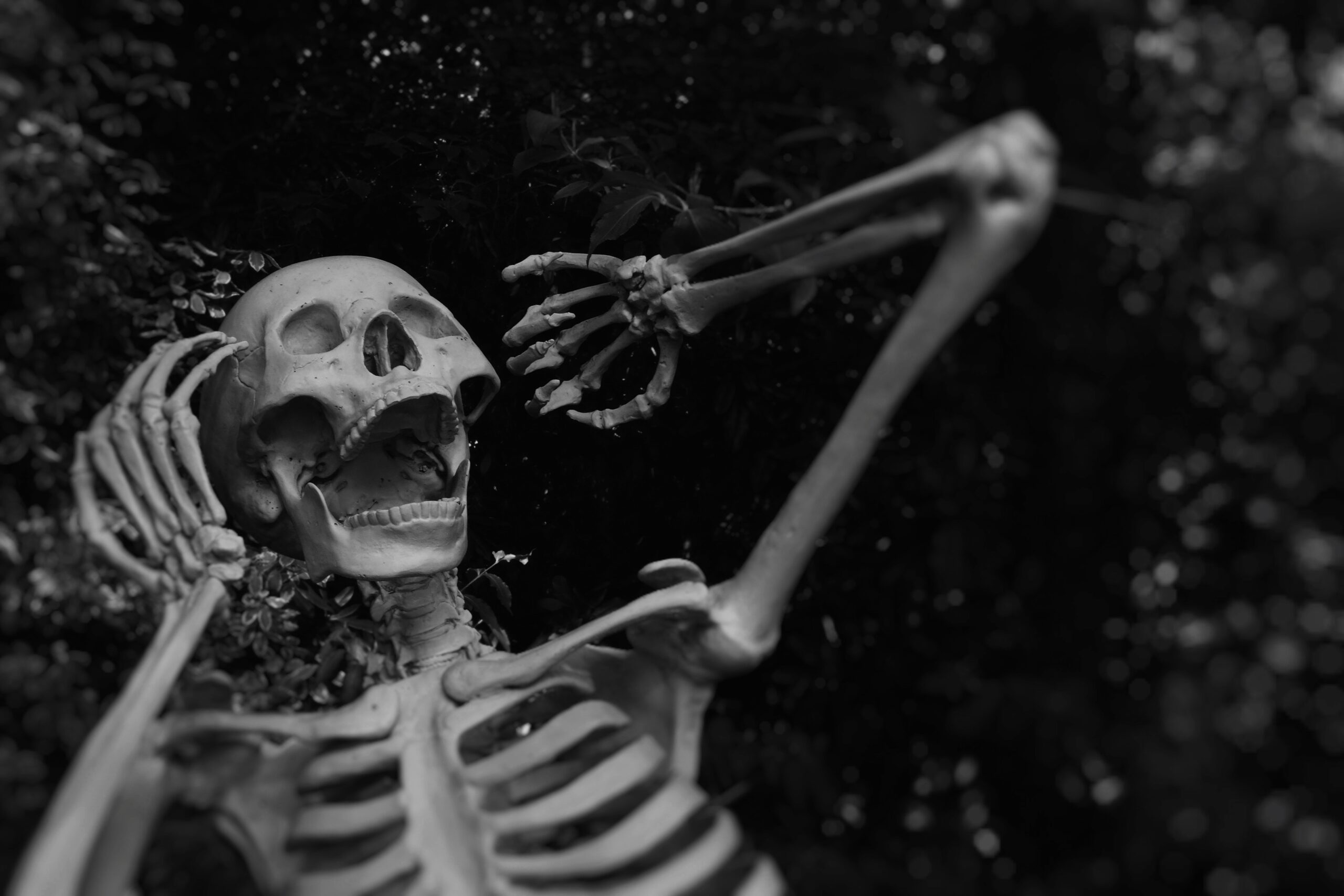 The cast members of the Chamber of Screams Haunted House worked really hard this Halloween season scaring the people of the town. The management of the Chamber of Screams decided to reward the employees with a mini-Halloween celebration held during normal business hours in the employee break room. The Haunted House typically shut down each night for a brief time period so the employees could get a break and straighten up their haunted scenes. It was rumored that management probably did this so the line of customers outside would build up and The Chamber of Screams would look twice as popular. Regardless of the reason for the break, the employees looked forward to the upcoming treat during their next shift at work. The Halloween Celebration kicked off without a hitch as the frightening cast members piled into the employee break area and enjoyed delicious creepy appetizers and eerie drinks while quizzing each other on challenging spooky trivia. A delicious dinner was served while the celebrators played the amusing Marvelous Movie Challenge. After dinner, some of the cast members engaged in the Writers, Producers, Directors and Actors challenge as a select few filtered back towards their scary scenes in the haunted house to get ready for the reopen. Unexpectedly, the lights went out and within a few minutes…to everyone’s horror…a dead body was discovered! The employees scrambled to figure out whodunit before the police arrived. One of the cast members called in a quick favor from a police officer that quickly lifted fingerprints off the murder weapon so the investigators could be sure of their opinions of whodunit. Once everyone was ready, they took turns accusing who they believed the murderer was. Then, one by one, each person confessed to their involvement, if any, and the murderer confessed! Overall, it was a night at the Chamber of Screams that absolutely nobody will ever forget!

WHAT TO EXPECT AT A MURDER MYSTERY DINNER
Messina Hof is well-known for its Murder Mysteries which are their own brand of “dinner theater”, that date back to the Middle Ages. Guests would dine and enjoy entertainment from actors and storytellers. However, with Messina Hof’s Murder Mysteries, our guests are the actors and storytellers. Before the date of the event, each guest will receive a character assignment which will help you decide on a costume.
Each Murder Mystery Dinner is led by an equally thematic host, who will “set the stage” so to speak and guide you through the story. Not only will you be treated to a fabulous three course dinner, but each course is expertly paired with one of Messina Hof’s award-winning wines. In between each course, each character will be able to interact and collect clues as to who the murderer is. Or is it you? If so, then make sure you’re clever enough to avoid suspicion…
MENU COMING SOON
TICKETS
All Murder Mystery tickets include food and wine. Costumes are encouraged.